I struggle to articulate what I mean by the ‘public secret’. Maybe that’s the problem; we all feel this pervasive, intangible ‘thing’ without the vocabulary to point and call it out. What ever we say never seems to be quite right and gets stuck in our throats. We seem to be lost in a state of frustration, confusion, and isolation.

I suppose that’s the main reason for the exhibition and the accompanying Instagram experiment. To emulate a familiar format like social media, or a bar, or a city, but also create a new space within the Neo-liberal framework that allows for honest contemplation and conversations which are met with empathy rather than embarrassment, or derision.

However, there have been a  few other elements that have run through my mind over the past year whilst ‘The Public Secret’ exhibition, and my work for it, has congealed into a solid mass. I’ll try and run through some of them now.

Commodified Self Worth and Individualised Mental Health 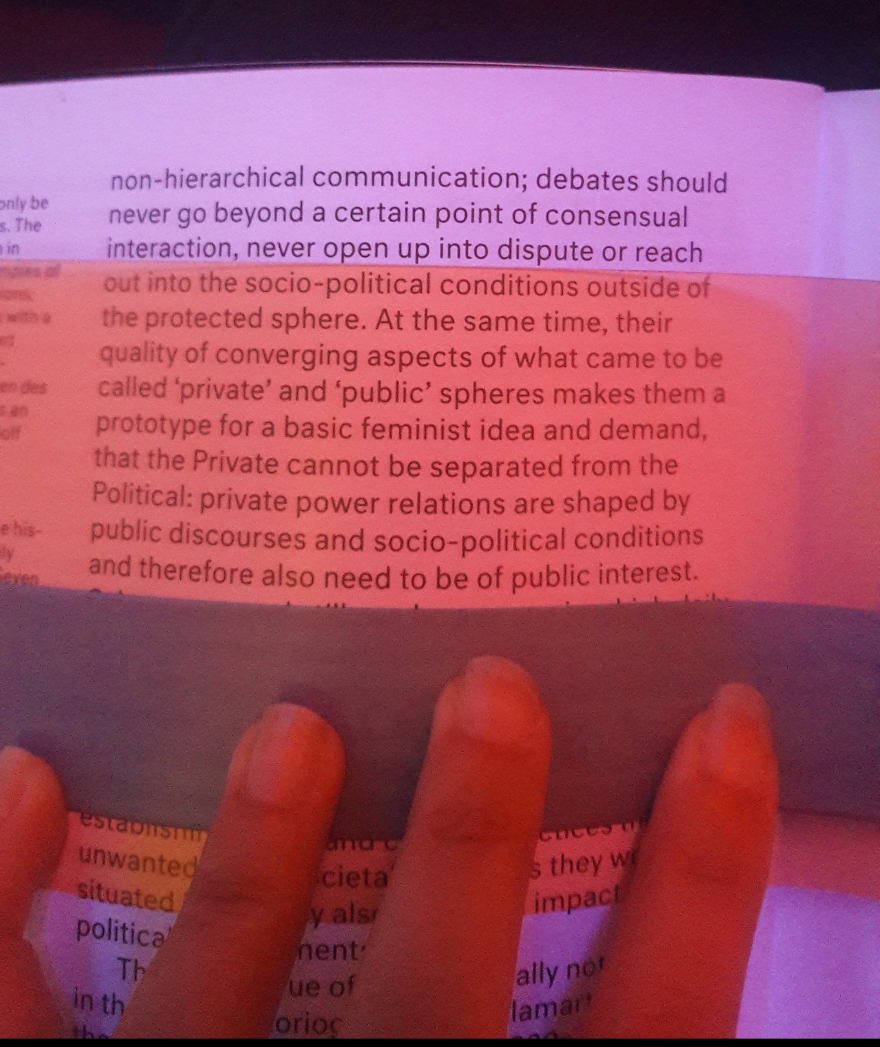 Passage from ‘Out of the salon: female counter-spaces, anti-colonial struggles and transversal politics’ by sophie schasiepen

The symbiosis of the internal and external; the individual and the community is complex. What I do understand is to have a healthy connection between the two there has to be mutual support and respect. Late-capitalism blocks this communication, leaving us isolated and toxically dependent on the sugar rush of commodity.

Advertising, social media, retail therapy (“retail therapy”!!!) all play on the ‘be a better version of yourself’. The feedback loop for this commercial-self relies heavily on the not-quite-good-enough. For you to buy into it, it must first make you feel shit about yourself.

Advertisement from Nissan. Your basically a loser,that nobody cares about, unless you buy this car.

Self-worth comes from within, but we’re seeking it from false external springs that fail to nourish us internally – physically and mentally. We’re constantly seeking validation by comparing ourselves to others and its making us sick. How have we ended up in a time where we are having to have serious studies into ‘Facebook depression’?

Sadly, I don’t think we have found a sufficient way to talk about all this sincerely enough yet; its either too uncomfortable, or too sickly. We carry on regardless where it is familiar and safe and we can continue with our self-medicated therapy.

Richard Ford is a guy who came up with a way of predicting up-and-coming areas by looking at a regions current demographic – the Bohemian index and the Gay index. Two indicators that a geographic area will culturally bloom and become very lucrative to home owners,  business owners, and  property developers (think Berlin and San Francisco). 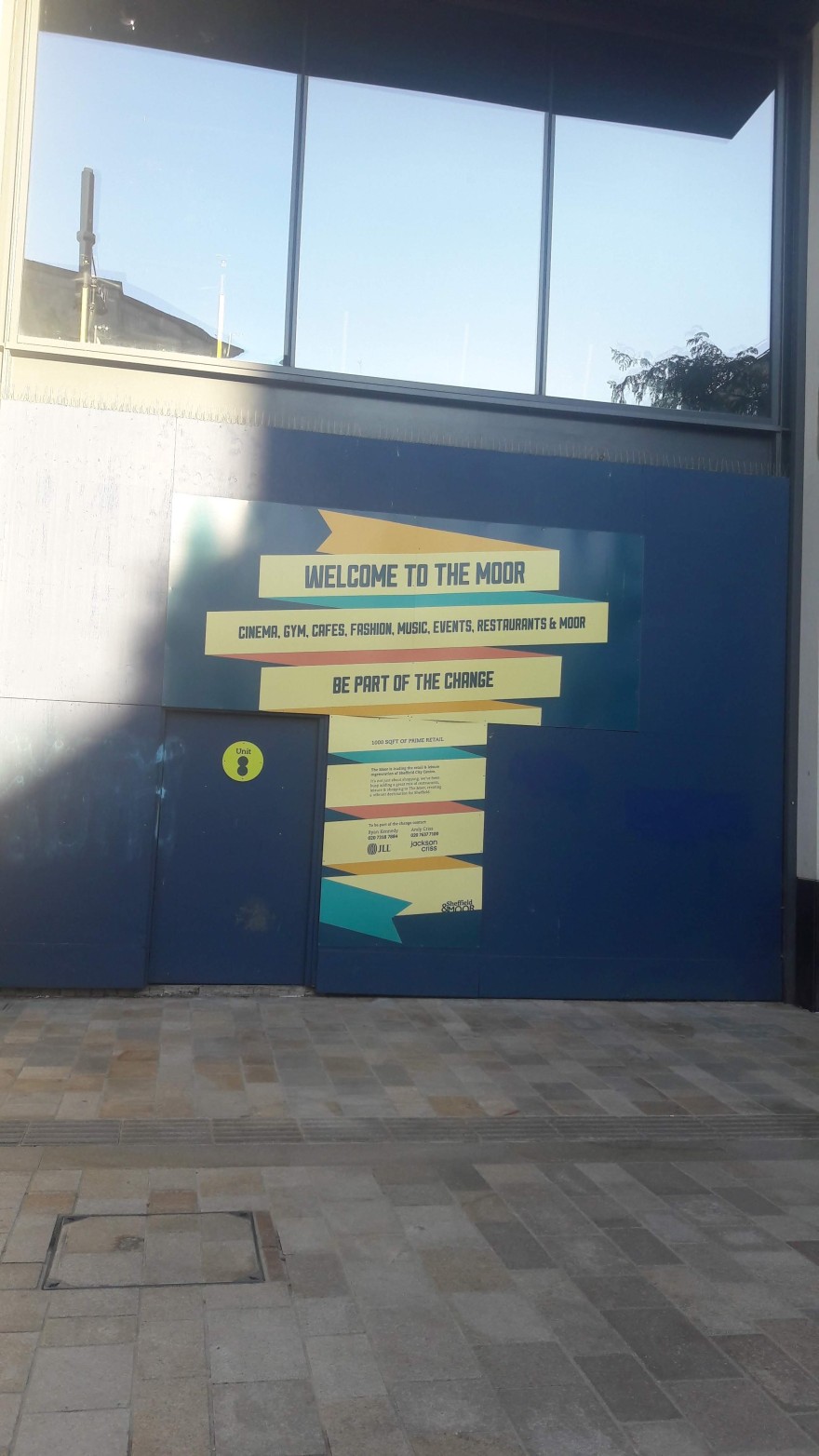 Billboards for redevelopment in Sheffield. The shapes, colours, and wording are very childlike and links self-worth to commerce. A lego trail, ‘Bricktopolis’, was used as a promotional campaign aimed at children and families.

Social and affordable housing are at crisis point, due to a mix of government legislation, recession, and some other stuff I don’t understand. Local budgets are desperately low, leaving authorities in a position where they have to sell assets (or in some cases, like with art galleries, rent buildings for free). With that, private ownership – typically in the shape of landlords – goes up, along with the price of rent.

Another effect from central government’s hands off approach is the prestige projects. In an effort to attract business and leasure tourism, local governments come up with multi-million projects in a bid to make some money (they tend to flop spectacularly, leaving the region with a bigger deficit, and a weirdly designed building they have to frantically think up a purpose for. I’m looking at you Sheffield Hallam University Union Bar née National Museum of Popular Music).  Also, these projects get passed with very little input from the community. Planning permission favors profit over social contribution.

Whether public or private, developments offer Utopian-like dreams – green space, blue skies, culture, fresh bread, dream jobs, unadulterated ecstasy. But its social mores are cut loose when economic value overrules social worth. It is not accessible for everyone (I’ve reminded myself of ‘city ambassadors’ shooing the homeless out of sight every time I go to The Winter Garden in Sheffield). The original occupants tend to be pushed out of the area due to raising living cost. The only jobs available are zero hour, or on a temporary basis only. The cost of living inevitably further isolates the already marginalised. And we’re back to the commodified self-worth; we are what we get paid to do. 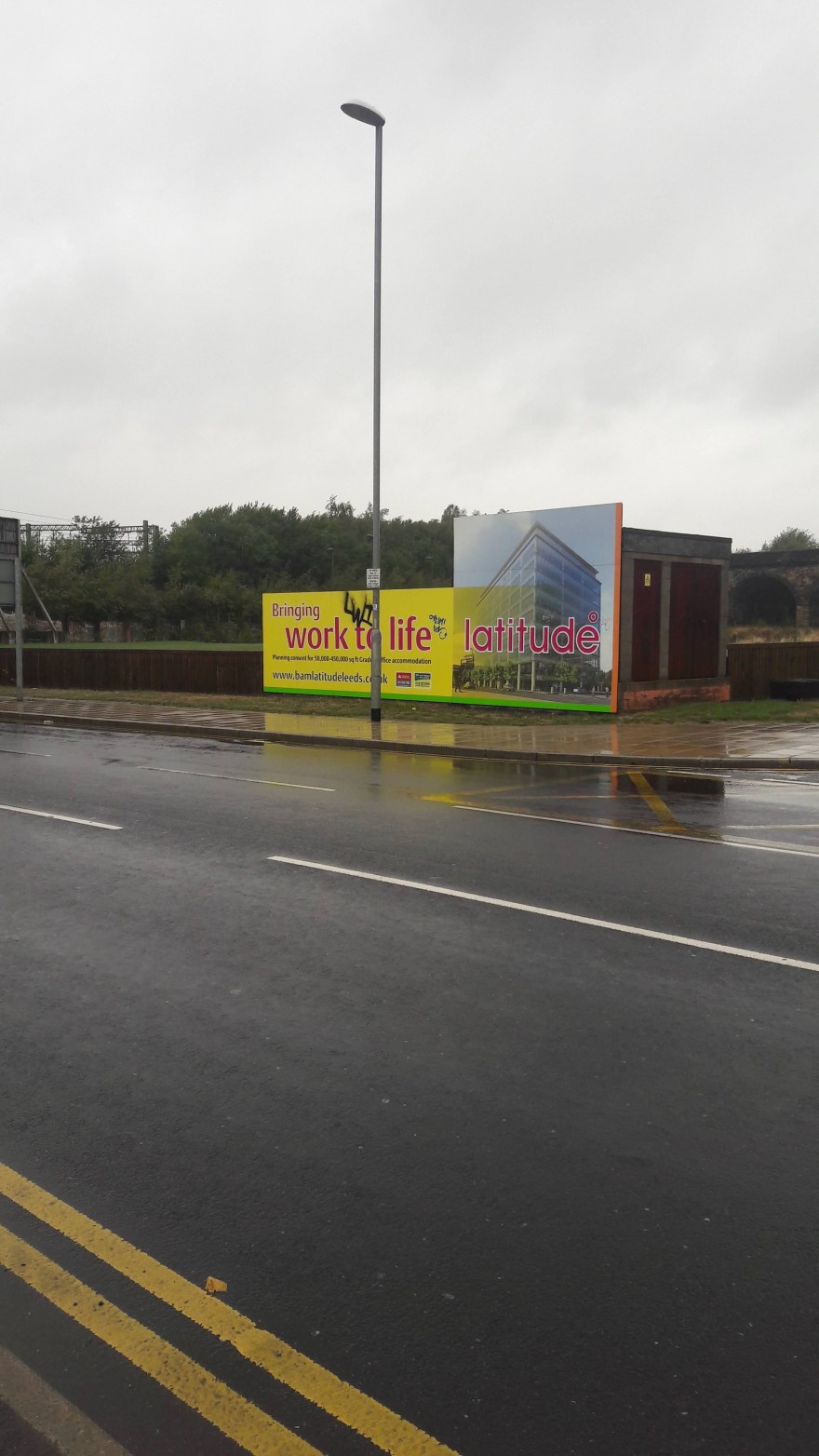 Mark Fisher weaves through almost all of the work and discussions at the Retro Bar. Acid Communism particularly strikes in us some kind of hope for the future of the people on this planet (whatever the timescale). It is an idea Fisher, sadly, never fully completed. I can only offer my interpretation. Put briefly, acid communism is the reconsiderations of 60s counter culture; the raising of the collective conciousness, and sharing of experience as a form of chipping away at the capitalist monolith. I wouldn’t necessarily say this means we all live in the woods, tripping on acid, whilst tattooing inspirational quotes to our eyelids – however appealing that may be to some. I think it just means care more. Listen. Think. Empathise. I think Fisher is so popular with us because he spoke in a way that was sincere and didn’t make you cringe.

I also think this isn’t just applicable to the introspective individual, but applies more and more to corporate responsibility. I see so much blame, anxiety, guilt and shame being put onto individuals to take responsibility for their own actions – and yeah, sure. But compare this to the actions and the impact corporate irresponsibility has to our planet and our communities. I’m sure you recycle, and I’m sure there are times when you cant be bothered. But do you incinerate millions of pounds worth of surplus clothing to keep your brand exclusive? My point being, the sum of our individual actions can sometimes feel measly compared to the damage being done by multinational businesses – its exhausting and you shouldn’t feel guilty for just chucking everything in your black bin. But please don’t give up.

I’ll tell you what I love (and i sincerely mean love) about being a member of the Retro Bar and why I want to share the work we do with you.

The way in which we work, from initial meetings to actually seeing the ideas come to fruition is based on open conversation, shared ideas, and mutual support. I love when someone suggests an idea – even if its for their individual practice –  and we all get hyper about it. I feel like I have found a place of nourishment and inspiration, of purpose, and hope for the future.

And I wish a happy and healthy future for all DIY spaces and artist led groups. We dwell in temporary and precarious places, which can be a breeding ground for competition. But, can also be a place of pulling resources and creating stronger networks of collective care.

I’m by no means as well read as the other guys. My ideas are shaped by snippets of this and that roughly selotaped together with badly placed punctuation. But I’ll include some of my sources below if you want to check anything out.

As well as the above ideas here are some other sources of inspiration to me that have contributed to the work I have made for the ‘Public Secret’ Exhibition.

Its a Psychological Fact Pleasure Helps Your Disposition, 1948 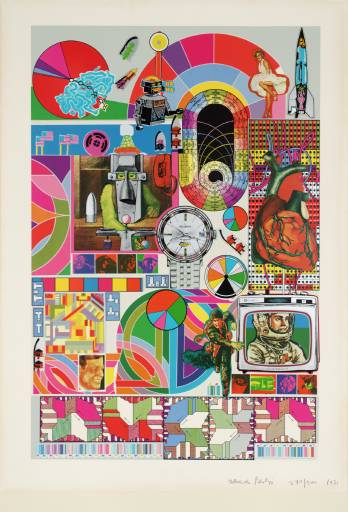